Another month means new boxes of Lootaku and Japan crate have arrived! 🙂 Like the last time, I will review them together in one post. ^^

The theme for Lootaku June 2019 was „Fan Faves”: Naruto, Attack on Titan and Gundam.

This time Lootaku added not a T-shirt, but a blanket shawl from the Attack on Titan. On it, you can see the symbol of the scout group that Eren and his friends joined in order to fight against the titans. 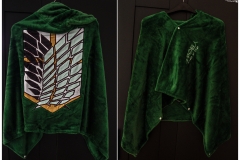 Second item from the Attack on Titan anime is this three dimensional maneuver gear blade and blade sheath replica. In the anime the scouts use this gear to fight the titans.

This replica looks pretty cool and has a click to release the blade. 🙂 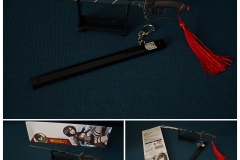 As always, Lootaku includes one figurine in the box. This time it is Naruto from the Naruto Shippuden series. 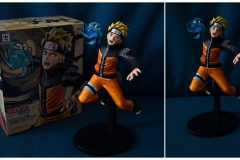 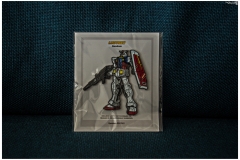 My favourite item from the box is this Gundam mug. It is based on the same Gundam as the pin. The design looks astonishing. Never seen a cup like this before! :3 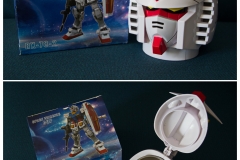 That is it for the Lootaku box, now let`s review the next one – Japan crate. ^^

This time the Japan crate partnered with Bandai Namco Entertainment Inc. to bring us this exclusive theme – Katamary Damacy. Personally, I am not familiar with it, but I really like the design of the box. 🙂 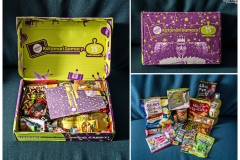 Time to go to the sea of flavours. 😀

In my opinion, these cookies are very nice for summer time. They are sweet, but not too much, which I like it. When you eat them you feel refreshed. Perfect. 🙂 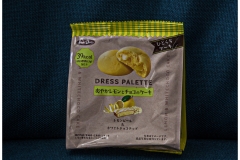 At first, I actually thought that mint and peach won`t blend very well and it will taste awful. But after the first bite, I wanted another one. Yum!!! :3 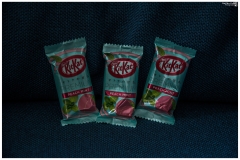 These small star shaped snacks are often shown in the anime and are traditional Japanese candies. That is why I really wanted to try them. I was actually very happy when I saw them in the box and was able finally to taste them. They had a sweet sugary taste. Yummy! ^^ 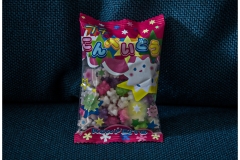 In the box, there was also a themed lanyard with Katamari Damacy characters. Cute. :3 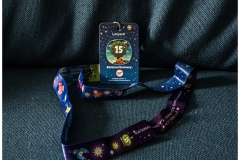 As always, Japan crate adds a book where the explanations of the snacks are written. ^^ 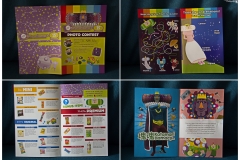 I am always happy to receive these boxes and enjoy the unboxing and discover the items or snacks which are inside. It is definitely fun. 🙂

That is it for the post. As always, thank you for visiting!

Take care and see you next week! :3